Part 7 of our series on Important Moments in Team Building.  See introduction, and up-to-date list.

In the early 1920s, Branch Rickey was running (as both field manager and general manager) the impoverished St. Louis Cardinals, and he was getting sick of watching his more well-healed competition spend large sums to buy minor league players. A wave of high-dollar purchases began once the owners realized that post-war surge in attendance and revenue was not transitory and the major league-minor league draft rules became much more skewed in favor of the minors. In one of the first big-buck purchases the Giants paid San Francisco $75,000 for outfielder Jimmy O’Connell, and pretty soon the average big league club was spending $50,000 a year for minor league talent.

Rickey had baseball friends all over the country – college coaches, high school coaches, scouts – and he regularly received tips on where the bright young prospects were. But the Cardinals could control only 40 players – 15 for the big league team, and another 15 (maximum) that could be conditionally optioned and reacquired later. With few exceptions, if the 18-year-old was not ready for the major leagues he signed with an independent minor league team.

Rickey’s solution to the high cost of finding players was for the Cardinals to own, or at least control, their own minor league clubs. Sam Breadon took control of the Cardinals in 1920, and Breadon’s deserves credit for agreeing to and funding Rickey’s idea. By the mid-1920s, the Cardinals owned a controlling interest in clubs in Ft. Smith (Arkansas), Houston, and Syracuse. More clubs followed.

An interesting historical question is why Judge Landis, who was named Commissioner in 1921 and became a staunch foe of farm systems, did not work harder to ban ownership interests in these early years. The most likely explanation is that most respected people around the game thought it was a silly idea that would fail of its own accord. Pittsburgh’s Barney Dreyfus and Detroit’s Frank Navin, close confidants of Landis, told the Commissioner it would be financially destructive. John McGraw, the Giants’ respected manager, told owner Charles Stoneham not to waste his money on a farm system. So Landis probably decided to save his political capital on another fight. 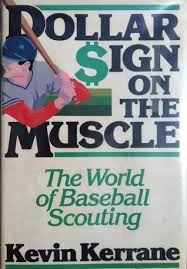 Now that the Cardinals were not signing ready-made players, but high school boys several years away from the majors, Rickey he needed a cohesive philosophy of scouting, instruction, and coaching. Every part of the game—bunting, sliding, run-down plays, and so on—Rickey wanted to be taught consistently throughout the organization. And Rickey wanted the scouting and player-development parts of the system to work hand in hand. As Kevin Kerrane wrote in his classic book on scouting, Dollar Sign on the Muscle, “Rickey applied scouting insights to teaching, and vice versa.” Rickey became a legendary talent evaluator, able to make decisions quickly on players, and all of this became suddenly critical once he had a minor league organization to run.

Rickey’s proto-farm system proved highly successful. He turned one of baseball’s most hapless franchises into one of the best run and one that was consistently competitive. By the end of the decade some of the fruit of his approach was beginning to ripen into major league caliber talent. The team still acquired some of its players the old-fashioned way, but the young ballplayers coming through its system provided a key source of supplemental talent.

Throughout the 1920s, Rickey and the Cardinals still stood alone. As late as 1931, there were still only a handful of minor league teams controlled by a major league team. As long as teams could only control a 40-man roster, there was a limit to how much teams were willing to invest in minor league teams. Before the farm systems could truly take hold, the rules needed to be relaxed. Two clubs in particular led the fight for this – the Cardinals and the Yankees – not coincidentally, the best run and most successful teams in the major leagues.