Skip to content
HomePat Gillick and the Rule 5 Draft (1977)

Part 19 of our series on Important Moments in Team Building.  See introduction, and up-to-date list.

Building an expansion team is difficult. The talent available from other teams in the expansion draft rarely consists of players one can build around or will still be valuable once the team eventually contends for the playoffs. When Pat Gillick took over as GM of the Blue Jays after their inaugural season in the fall of 1977 he began to implement his “many rivers” approach to finding ballplayers: Look everywhere.

Most famously he teamed up with his old friend, scout Epy Guerrero, and began building a presence in the Dominican Republic, well ahead of other organizations, excepting perhaps the Dodgers. 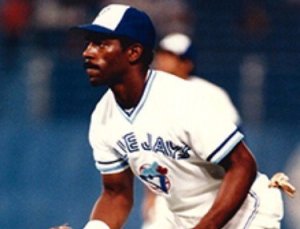 Gillick also began to exploit another little-used “river” in December 1977 when he selected first baseman Willie Upshaw, whom he and Guerrero knew from the Yankees organization, in the Rule 5 draft. A holdover from the early days of organized baseball (under slightly changing guidelines and sections in the rulebook), the Rule 5 draft was designed to prevent players from being buried in the minors. Teams could control any player in their organization who was younger than 19 on June 4 of their signing year for four years and those who were 19 or older for three years. Practically, this translated to high school and college signees respectively.   After this control period, players had to be placed onto the team’s 40-man roster or be exposed to the Rule 5 draft. Held in December, this draft allows teams to claim veteran minor leaguers unprotected on their club’s 40-man roster. (As of the 2007 the control period was increased by one year to five years for prep players and four years for the college players.) The cost of each draftee was $25,000 (the price jumped to $50,000 in 1985 and is $100,000 today).

The catch is that the selecting team has to keep the player on its major league 25-man roster for the entire upcoming season or return the player to his previous club for half the original drafting price. As most of the available players were not ready to jump to the major leagues, a club would often have to waste a roster spot for a full season if it wished to keep the player. Accordingly, only about ten to fifteen players a year were usually selected in the Rule 5 draft. But if a team could find a player of value, the price was cheap compared with trying to develop a major league ballplayer. 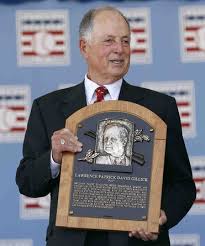 Gillick recognized that the young Blue Jays were still in the talent accumulation stage and while an unprotected player may not fit into their team’s plans, they might still be good enough to play for the Blue Jays. He and his scouts focused their energies on this draft much more than the other clubs. Over the next several years Gillick mastered the Rule 5 draft to an uncanny degree. In addition to Upshaw he uncovered a number of additional valuable contributors, including OF George Bell (1987 MVP), SS/2B Manny Lee, P Jim Gott, and 3B Kelly Gruber.

Bobby Cox, who managed the 1985 team to its first division title, deserves special credit for this championship because he was effectively limited to just 23 roster spots. Gillick saddled Cox with two Rule 5 players, Manny Lee and Lou Thornton, and neither were yet ready for the majors. During the years that Toronto was still uncompetitive the burden of carrying these players seemed a fair tradeoff. One of the many things Gillick appreciated about Cox was that his manager bought into the overall program, even when it made his job a little harder.

Gillick’s success in the mostly overlooked Rule 5 draft of veteran minor leaguers was legendary; no one else came close to his success, and he forced teams to be much smarter about protecting their assets from this draft. Moreover, in no small part due to the success of Gillick in using this approach to uncover talent, baseball changed its rules. In 1985 the cost of a drafted player was increased, as noted above, to $50,000. Moreover, the majors and minors agreed to increase the control period from three to four years. Gillick understood better than just about anyone the need to look for talent anywhere and everywhere.