Part 13 of our series on Important Moments in Team Building.  See introduction, and up-to-date list.

“Pro football has a draft, and that cuts down bonus payments. [But] we want to encourage free enterprise on the part of everyone, including, of course, the kids themselves.” So said Joe Cronin, the general manager of the Red Sox in 1952. Indeed, the NFL had started its draft in 1936, and the NBA in 1947. Whatever you may think of the legalities or ethics of a draft, it remains a mystery why baseball did not get on board decades before they did. It is unlikely that the reason was either “encourage[ing] free enterprise”, or “the kids,” since they twice instituted bonus rules that fought against both.

When the free market of 1958 once again resulted in massive bonuses, it did not take long for owners to begin talk of a new rule. At the 1958 winter meetings the magnates tried it again, this time a little less obviously. 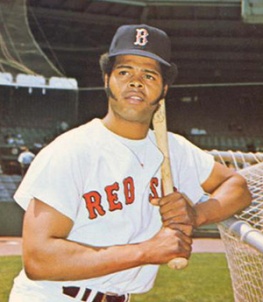 1959-64. First-year player draft. This was not technically a bonus rule, since the policy affected all players whether they received a bonus or not. Every first-year player (with one year of professional experience) who was not placed on a 40-man roster was subject to a new December draft. The drafting team had to place the player on their 25-man roster and pay $15,000 to the draftee.

Despite bonuses not being part of the definition, the rule was clearly intended to curtail bonuses. A team would not want to give out too much money to amateur prospects if they were just going to lose the player a year later.

The details of the rule changed several times, but its effects became more dramatic starting in 1962 when the rule required that the first-year player (with one exception per team) be placed on the 25-man roster. Over the three drafts under this revised rule, many future big league stars changed teams, including Paul Blair, Lou Piniella, Jim Wynn, Bobby Tolan, Reggie Smith, and Rudy May, all left unprotected one year into their minor league careers. In addition, many players (like Tony Conigliaro) saw their big league careers fast-tracked so that they would not be subject to the draft.

Although there were likely fewer bonuses, the highest outlays kept growing. In June 1964 the Los Angeles Angels gave $200,000 to University of Wisconsin outfielder Rick Reichardt, which may have been the bonus that finally got the owners to throw up their hands.

At the 1964 winter meetings, the major league owners finally made the decision to create an amateur draft. In the succeeding five decades, the amateur draft has been the primary mechanism for major league teams to acquire high school and college players from the United States, Canada, and (as of 1990) US territories (such as Puerto Rico). Originally there were three drafts: the big one in June, one in August (for American Legion players who were still playing over the summer), and one in January (for those who finished high school or college in the fall. As of 1987, there is one draft.

The effect on team building was enormous. No longer could a team choose to open its wallet for a year or two to restock the system. Teams like the Yankees and Dodgers no longer had any advantage over the Senators and Phillies when it came to signing amateurs. Had the draft been in effect in 1964, Reichardt might have been the first pick (by the Mets or Senators) and would have had one offer to accept.

The profession of scouting changed dramatically. A Yankee scout in the 1950s was part salesman, selling an amateur on the glory and prestige of wearing pinstripes. Beginning in 1965, the players’ views on the matter were unimportant. The best players, certainly those selected in the first few rounds, were well known to every team. The job of the scout was the find good players and then lobby with his scouting director or general manager to draft them if they were available.

Although drafting high offers an obvious benefit, an advantage can still be achieved by uncovering and developing the right players. In the first 30 major league drafts, through 1994, a total of 86 selected players (just fewer than 3 per year) went on to put up 50 WAR (a top-flight star) in the big leagues. Many of these were taken in the top 10 picks (23 times), but 28 others were taken after the first four rounds. There were two in the first draft: Johnny Bench, taken in Round 2, and Nolan Ryan, taken in Round 12.

In a typical draft, a single team will select (on average) 25 to 30 future WAR. If a team can beat that number over a period of several years they will almost always compete for multiple pennants a few years later. The Kansas City A’s were big spenders in the last few years of the free market (1962 through 1964) and then picked Rick Monday with the first pick in the first draft. They followed this up outstanding drafts the next two years. Besides Monday, they also drafted Sal Bando, Gene Tenace, Reggie Jackson, and Vida Blue in these years, and were one of the games dominant teams in the early 1970s.

The greatest single draft class was that of the 1968 Los Angeles Dodgers, who selected and signed 234 future WAR. This group included Ron Cey, Dave Lopes, Steve Garvey, Doyle Alexander, Joe Ferguson, Geoff Zahn, and Bill Buckner. The Dodgers top pick that year – Bobby Valentine – had a promising career snuffed out by an injury, but the depth of this draft remains unprecedented even decades later. The Dodgers had drafted Bill Russell, Charlie Hough, and Steve Yeager over the previous two years, and most of this group stayed together to help win four pennants and a World Series over an eight-year period.

For the past 50 years, many teams that have been successful over a period of years have had good drafts a few years prior. The advent of free agency and new player pools outside of America complicated the calculus somewhat, but the draft remains the biggest and best source of talent for big league baseball teams.