Part 11 of our series on Important Moments in Team Building.  See introduction, and up-to-date list.

Prior to the advent of the free agency in the 1970s, the only time a player could expect a free market for his services was when he was an amateur. Although the financial health and competence of each team was subject to change over time, theoretically the 16 teams were all trying to sign the best high school and college players. As scouting became more widespread, teams inevitably found the same players, and competitive bidding ensued for the best ones. As signing bonuses began to rise, it was inevitable that owners would try to figure out how to cap the bonuses.

The most famous “bonus rule” was in effect between 1953 and 1957, which is why my title says “1953”. But there were actual a few different attempts. Let’s run through them.

Pre-1947. Free market. There were several large bonuses in the 1930s and 1940s, generally in the $10,000 to $20,000 range. The biggest bonus was probably that given by the Tigers to Dick Wakefield in 1941: $52,000 and a new car. He had an excellent year-and-a-half with Detroit and then entered the military in mid-1944. When he returned, he was not the same player, and his case was often cited at the time as a bonus failure, as evidence that baseball had a problem.

At the 1946 winter meetings, owners agreed on their first bonus rule.

1947-1950. First bonus rule: Any player who received a bonus of more than $6,000 could not be optioned to the minors without clearing irrevocable waivers. Soon after, the rule was amended to allow a one-time option, so that a player could spend a single season in the minors.

The effect was to limit the number of bonuses, especially for contending teams who valued their 25 major league roster spots. A team like the Phillies, generally out of contention, spent nearly $100,000 on pitchers Robin Roberts and Curt Simmons, and was forced to give them both big league jobs in 1948. This worked out very well when both soon became stars, but a more typical case was someone like Frank Quinn, who received $75,000 from the Red Sox and then spent a year-and-a-half taking up a roster spot (pitching 24 innings) for a contending team in 1949-50. Or Paul Pettit, who received $100,000 from the Pirates and won one big league game.

One of the unintended side effects of the bonus rule was the resentment of veteran players to the kids on the bench who (a) had more money than they did, and (b) were not helping the team. At the 1950 winter meetings, the owners voted to scrap the rule.

1951-52. Free market. Baseball had thrived in the post-war period, and owners were more than ready to spend some of their profits. The Red Sox led the way, spending over $1 million in two years, including $700,000 in 1952 on 17 players. The entire major leagues apparently spent $4.5 million on bonus contracts in this single year. All of these players could be sent to the minors, away from their lesser paid veteran players.

After a couple of years of these huge outlays, the owners again voted to institute another bonus rule, stricter than the last.

1953-1957. Second bonus rule. Any player who received $4,000 or more would have to spend two full seasons on the big league roster, with no one-time option. If they were sent to the minors, they would be subject to an end-of the-season draft.

Big league managers began complaining about the rule immediately, saying it hurt development and morale. Charlie Dressen, managing the Senators, suggested a modification that would allow a club to option the players to the minors who would nonetheless count against the 25-man roster. In effect, this would punish the team, but not the player. This sensible proposal was rejected. 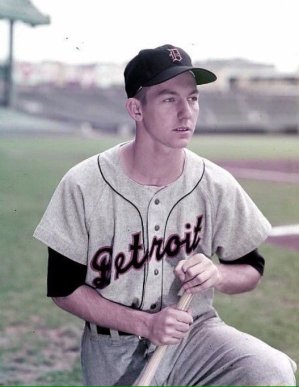 This rule was in place for five years, and affected 60 players. Most of these players were soon forgotten, but the group did include four eventual Hall of Famers: Sandy Koufax, Harmon Killebrew, Roberto Clemente and Al Kaline. Kaline was a star very quickly; on the other hand, Koufax and Killebrew took several years to get their careers going with two wasted seasons at the start.

Clemente deserves special mention. The Dodgers signed him out of Puerto Rico in 1954 but then decided to risk sending him to the minors anyway. They were the only team to ever take this chance, and it backfired when the Pirates selected him in the draft after the season. Clemente took a few years to become a star but was soon a legend.

At the winter meetings in December 1957, the owners again voted to repeal the bonus rule.

1958. Free market. Once again, the owners spent money freely. While the Red Sox had dominated the previous free market, this time one of the biggest spenders were likely the Dodgers. Freshly relocated to Los Angeles and with an older team that needed reinforcement, the Dodgers signed the likes of Frank Howard, Willie Davis, and Ron Fairly to large bonuses in this single year.